Mastercard has announced the winners of the first Mastercard Women SME Leaders Awards 2022 at a virtual ceremony, recognizing the success of women-led businesses in 22 categories and multiple industry sectors across the Middle East and Africa.

The awards were developed by Mastercard in partnership with Entrepreneur Middle East to recognize and further empower women-owned and run SMEs across the Middle East and Africa.

Amnah Ajmal, Executive Vice President of Market Development, Eastern Europe, Middle East and Africa at Mastercard, said: “The passion that women SME owners display is unmatched, they raise the bar higher every day. The Mastercard Women SME Leaders Awards recognize and celebrate these inspiring women entrepreneurs, highlighting the individuals and enterprises that are shaping the future of this dynamic region. The judges were overwhelmed at the quantity and quality of entries and have been inspired by the amazing stories of dedication, creativity and innovation. We pass our admiration and congratulate the winners as well as everyone who was nominated for these awards.”

The Women SME Leaders Awards 2022 is the first initiative of its kind to recognize and showcase women-owned and run SMEs in the Middle East and Africa, with a turnover of less than US$13.6 million (AED50 million) and employing between six to 50 people.

Entry to the award’s 22 categories – which included The Designer, The Logistician, The Retailer, The Educator and The Investor – was open to all female individuals or businesses who have their offices or offer their services in the Middle East and Africa. Other award categories included The F&B Leader, The Educator, The Real Estate Leader, The Health Custodian, the Executive, The Leader of Tomorrow, and The Visionary, in addition to others.

The awards stemmed from the inaugural Mastercard SME Confidence Index conducted in 2021, which revealed that 81% of women entrepreneurs in the Middle East and Africa have a digital presence for their businesses, compared to 68% of their male counterparts. In terms of the digital footprint of these women entrepreneurs, social media (71%) leads the way, followed by a company website (57%). 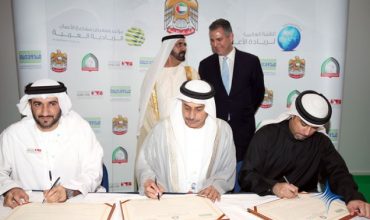