Hanging on the office wall of a Taiwanese startup company is a Saudi Arabia flag. Not your typical office decoration. But to a team of young entrepreneurs, it signifies hope and opportunity.

The idea for Gogolook Co., which was founded 10 months ago, was spurred by a chance remark by Google Inc. Executive Chairman Eric Schmidt.

Speaking to a group of technology heavyweights during his visit to Taiwan in late 2011, Schmidt mentioned a Taiwanese app that had caught his attention.

“An app called WhosCall tells you who a strange number’s from. It’s growing fast in the U.S., India, and China, and it’s made in Taiwan,” he said.

Jackie Cheng, one of the three developers of the app, said he could not believe his ears when reporters told him about Schmidt’s remark.

He and other two developers — Jeff Kuo and Reiny Song — were hit by a rush of adrenaline and they decided to quit their jobs at big companies and start their own business.

A long-time college friend Edgar Chiu who was a consultant at IBM Corp joined them and the four of them founded Gogolook Co., Ltd. Their ages were 28-33. At the time, the app was just a moonlighting project. Less than a month after the app was released, the developers noticed some interesting but puzzling trends.

Online analytical data showed that it was gaining the greatest traction in Saudi Arabia and Kuwait. Also, 60 percent of the users worldwide were women, and in the Middle East the percentage of female users was over 70 percent, the data revealed. The phenomenon intrigued the owners of the lean startup and they acted fast to get to know their users in the most economical way possible.

With the help of Kuwaitis in Taiwan and Arabic language students at National Chengchi University, they interviewed female users in Saudi Arabia via the app’s Facebook fan page. Gradually, the mystical market landscape of the Islamic state unfolded.

In a country where women are required to wear a long black robe called an abaya and cover their faces in public, the chances of them engaging in any public exchanges with the opposite sex are rare, said Chiu, Gogolook’s chief operating officer.

In addition, Saudi Arabian women are banned from driving and cannot travel without the permission of their male guardians. “However, the Yellow Pages helped the men out of their plight,” Chiu said playfully. Some Saudi Arabia men would simply look up women’s phone numbers in the Yellow Pages and “just randomly call, or disturb them, if you will,” he said.

“Many women in Saudi Arabia who want to avoid unwelcome phone calls, therefore, find WhosCall a perfect app,” Chiu said. The app allows the women to block unwanted calls and shows the identity of callers from strange numbers, he said. Users can also look up unknown numbers in the app’s database, he added.

As an ambitious startup, Gogolook is not content to break into the Middle East market, but is also looking to expand into some of the most advanced mobile markets in the world — the U.S., Japan, and South Korea.

The Gogolook app currently operates only on the Android platform but will be rolled out soon for Apple’s iOS. The startup is also eying a version for the Windows Phone 8 system.

Its recent partnership with the Kuwait-based Future Communication Company, an authorized national distributor for Nokia, is more than likely to give Gogolook a leg up on Microsoft’s latest mobile operating system.

To those who might question the young entrepreneurs’ decision to quit stable high-paying jobs in favor of a startup, Chiu says it is a matter of a changing national landscape.

“Increasingly, people in Taiwan are seeing startups not as a second choice, but rather a first option,” he said. “Apps are here to create a better world for people. You certainly can live without apps, but they make life a whole lot easier.” 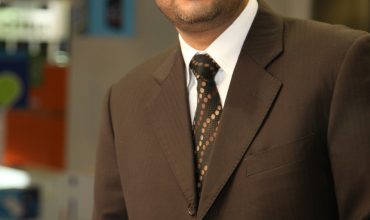 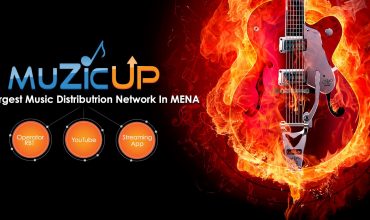