Two NYU Abu Dhabi students have bagged first place in the Hack3D competition as part of CSAW, the world’s most comprehensive student-led cybersecurity competition. Organized by the NYU Center for Cybersecurity, the cyber challenge was held in six international CSAW hubs and employed contests to advance research in the areas of cybersecurity that are yet to be explored.

NYUAD Computer Science undergraduate students, Cole Beasley and Pedro Velasquez, won the Hack3D event that focused on anti-counterfeiting methods in 3D printing. Competitors were first tested in reverse engineering a 3D CAD model, and during the final round, teams were given a plastic female connector object to an unknown piece and an STL file which contained information for a 3D printer.

Beasley and Velasquez were able to identify critical geometrical points and create a piece which would match and connect with the initial object. Beasley commented, “This competition was a great experience. Through the extent of the challenge, we had to think and approach the presented problem with differing skill sets to complete one single task. Between the actual challenge presented to us as well as the interactions with the sponsors through the business fair and technical talks, Hack3d and CSAW as a whole was a valuable learning tool for anyone interested in the cybersecurity field.”

Velasquez added, “CSAW 19 was full of rewarding moments after every problem solved. We still have a lot to learn about cybersecurity and we are very excited for next year.”

To earn spots in the coveted final rounds, this year’s contestants bested 1,225 teams from 90 countries. 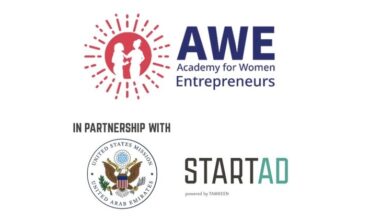 Finastra announces the winners of Hack to the Future 4