With great anticipation, Dmitry Shkurko has launched a campaign, www.indiegogo.com/projects/pumpkinrun, to raise $5000 by December 3, 2013. He is eagerly looking for funding from gamers and interested investors everywhere who would like to help make his PumpkinRun video game a reality.

“We want to make something really cool and creative,” said Shkurko. “I desperately want PumpkinRun’s story to become something real.” Shkurko and his innovative team have produced the blueprints and a demo. Financial support will take PumpkinRun to the next level and into the hands of gamers.

Pumpkinman is the central character in this Halloween-inspired game. He wants goodness and happiness, but he has a big problem. Years ago his enemies, the skeleton pirates, seized his ship the Palo Alto. When they invaded, they killed the crew on board, even slaughtering Pumpkinman’s body, which they left somewhere on the ship. After throwing Pumpkinman’s head overboard, they basked in their partying and idle lifestyle. But that’s not the end of the story. The always-smiling jack-o-lantern still has his head and his wit. Equipped with a vendetta, he waits for an opportunity to take back what is rightfully his: his body and his home, the Palo Alto. That’s where the player comes in.

The object of the game is to help Pumpkinman find his body while warding off the enemy pirates and other obstacles, like boxes of gunpowder and scattered bombs that keep getting in his way. Special player modes obtained by collecting seeds, or coins, enable players to equip Pumpkinman with special powers. God-mode increases his head size as he breaks obstacles; ghost-mode enables him to zoom through boxes of explosives; magnet-mode gives him the power to attract weapons which in turn crack, destroying them. Health supplements give Pumpkinman an extra life, which lucky for the player, extends the game.

Supporters of this campaign will enjoy perks based on the offered 9 levels of generosity. A $1 contribution will receive a thank you post, and $5 warrants the thank you and access to the game. The more money a supporter is willing to contribute leads to bonus coins, wallpapers, and even name recognition in the game credits for $50 pledges or more.

A video of the game demo is viewable on Indiegogo or YouTube. Additionally, a behind the scenes look at the drawings and ideas that inspired the game gives gamers a better understanding of the vision behind this creation. Shkurko and his team appreciate all support, including just getting the word out about this enjoyable game.

Dmitry Shkurko has a love of Halloween and games. He decided to unite the two in his game PumpkinRun that he hopes will bring enjoyment to gamers of all ages. Supporters can follow the campaign’s progress on the project website at www.indiegogo.com/projects/pumpkinrun or follow it on Facebook and Twitter. 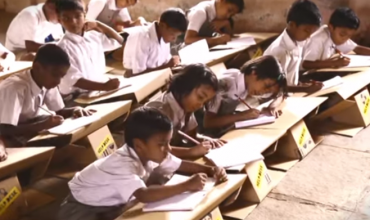 Helping You Sell Your Car Effortlessly 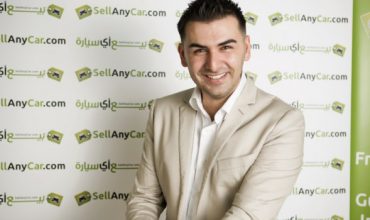