KPMG in Kuwait announced that it will conduct the KPMG Private Enterprise Global Tech Innovator competition (2022) for the first time. The contest draws inspiration from pitch-based TV shows and will aim to provide local entrepreneurs, start-ups and early-stage companies in tech with the much-needed boost by giving them a platform to pitch their ideas before the country’s finest industry experts.

Speaking about the competition’s Kuwait debut, Ankul Aggarwal, Partner and Head of Deal Advisory, KPMG in Kuwait said, “I am pleased to announce the launch of the first-ever KPMG Private Enterprise Global Tech Innovator competition in Kuwait. The platform will aim to put tech start-ups and early-stage companies in front of investors and increase their business visibility. More importantly, it will give them an opportunity to represent Kuwait in front of a global audience, allowing them to network with people from a similar space. Over the last few years, the country has witnessed a steep rise in e-commerce companies as well as the overall IT and internet infrastructure — all of which has contributed tremendously to the growth of its tech sector. Considering how promising a lot of these companies are and how successful the competition’s previous editions have been globally, I am positive that it will play a key role in fast-tracking their progress.”

The competition’s Kuwait leg comes off the back of the 2021 edition’s grand success across the world and in the GCC region. Interested entrepreneurs and start-ups can apply on or before 25 August 2022 by visiting KPMG in Kuwait’s website (home.kpmg/kw) or via the direct link.

The applications will be reviewed by experts from KPMG in Kuwait, and shortlisted participants will have to then pitch their ideas and strategic ambitions to a panel of industry leaders from Kuwait. To be considered a tech innovator, interested companies in Kuwait must meet the following eligibility criteria:

The winner will be crowned as the 2022 Kuwait Tech Innovator and earn a chance to present at the global finals at Web Summit in Lisbon, Portugal in November 2022. There, their pitch will be evaluated with the other local winners based on six parameters, namely disruption and innovation, market potential, customer adoption, market traction and marketing, long-term potential, and pitch quality. The panel’s decision will be treated as final.

The emerging winner will be declared the 2022 Global Tech Innovator and feature in KPMG’s ‘Winners Report’. They will also get a chance to connect with investors and network with other businesses and people who are from a similar domain. In 2021, the competition saw participation from about 700 innovators and influencers, with 4 out of the 17 finalists emerging from the GCC region alone. These were Taajer — a Bahrain-based food and beverage company, SkipCash — a mobile payment app from Qatar, KLAIM — an insuretech platform from the UAE, and Natufia — a smart kitchen garden start-up from Saudi Arabia.

For more details on the competition, please visit kpmg.com/kw. 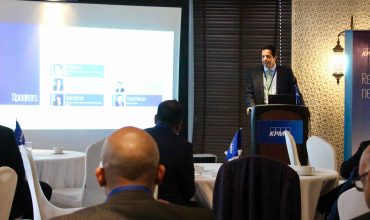 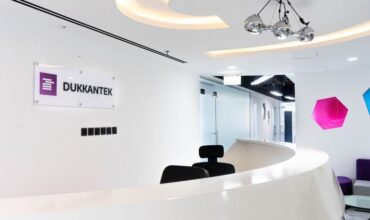